Hellbound Demo - yet another "90s FPS"


Hellbound is an upcoming FPS inspired by the classics like Doom, Quake, Blood and others. There's been quite a lot of games inspired by the 90s shooters lately: Dusk, Ion Fury, Wrath: Aeon of Ruin to name a few. They all have one thing in common: retro aesthetics. Hellbound on the other hand embraces modern graphics. Survival mode where you try to stay alive while enemies attack you in waves was out for some time but the campaign demo was just released. I decided to give it a try.

Beat the demo and I liked it. Then I beat it a couple of times more cause it's short and fun. There's no depth to it nor it has any advanced movement. During fights you just gotta keep running around so make sure to check "always run" in the options. It resembles Serious Sam combat in that way but there aren't as many enemies and the areas aren't as open. At least not at this point because Survival mode showed they can spawn tons of them. The weapon feel could be improved but I like the shotgun - it packs some serious power. The lack of a bossfight at the end of the demo was pretty disappointing. The game runs well enough on medium settings with some occasional stuttering on my laptop with GTX 1050TI but I'm sure they'll optimize it more before the release. I liked it enough to want to buy it when it comes out. 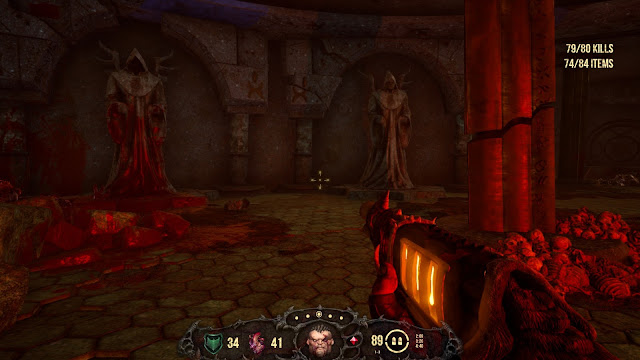 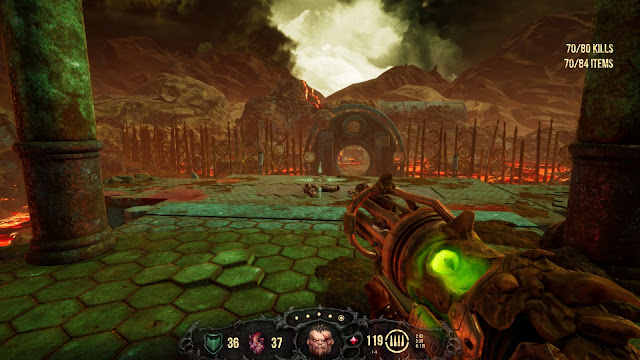 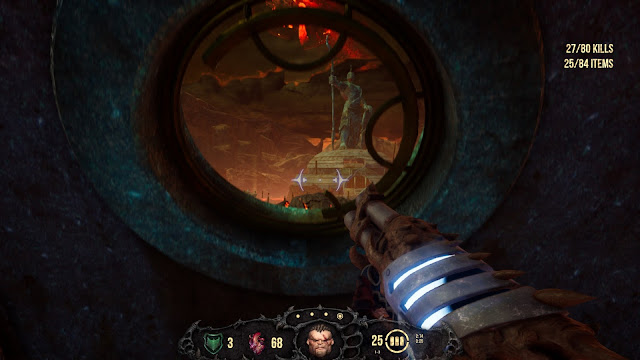 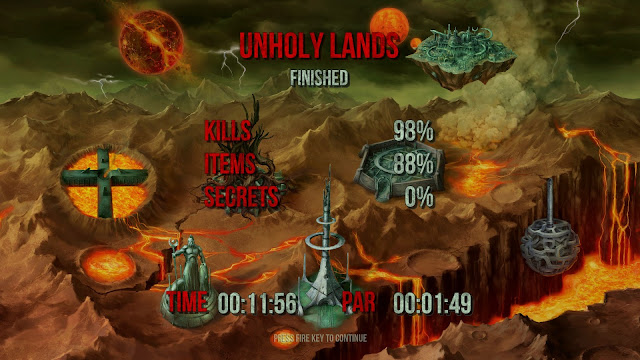 I found the secret eventually
Posted by Venser at 1:51 AM