Life Is Strange Episode 2: Out of Time Finished 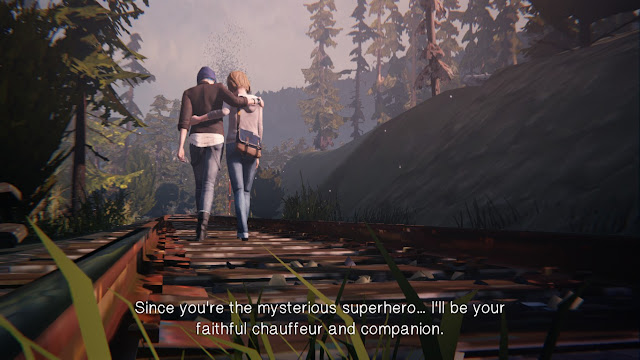 When I finished the first episode, I was worried that the player choices might not have much impact on the story. I can happily say that's not the case. The decisions you made in both episodes will come together during the most important scene in episode 2. Even some actions that seemed insignificant will add up to a bigger picture.


I'm really liking how they are developing the story and the characters. In the episode 1 review I wrote that Chloe isn't very likable but I realized why she's acting  this way. The poor girl has serious abandonment issues. First she lost her dad and then her best friend left her when she needed her the most. She found a new friend but once again she was abandoned. Now she's afraid of getting hurt again. Looking at it from that angle, I'm much forgiving to her character now. The thing that annoyed me about the dialogue is that multiple characters use the same phrases. Like Victoria uses "boo-hoo" when mocking Kate but later on Chloe says the same thing to Max. "Boo-hoo" is an odd thing for an 18 year old to say so at least keep it to one character. Episode 2 is very much centered around Kate so I wonder if the future episodes will be dedicated to some character.


The puzzles are still the weakest part of the game. The game tries to be grounded despite having the time travel but it is not the supernatural that requires suspension of disbelief- it's the puzzles. Should I seriously believe that Chloe could shoot bottles by bouncing bullets of objects like she is Clint Eastwood? Even if she had like 500 tries she'd hardly be able to do that shot. And then shooting a tire makes a whole car collapse...yeah right. The bottle fetching didn't bother me that much, I didn't have problem finding bottles like some other people did but I think that part could be greatly improved by adding more than the exact number of  bottles. It would make the experience less tedious and slightly more realistic.  The "what do I have in my pockets?" puzzle was pretty good but predicting the future part was again unbelievable and silly with cockroach triggering a jukebox. Good concept tho. The one with the train was great since it had a multiple solutions but it is unfortunate the whole scene was spoiled in both the trailer and the preview at the end of the first episode.

The acting in the most emotional part wasn't the best and the dialogue was written with a purpose to explain and remind you what you did prior to that event so it feels very unnatural. Still, I was on the edge during the whole scene. Episode 2 is even better than the first one and if they can continue like this, it's gonna be fantastic. Now, onto the next episode!

Next to play: Hearthstone: Heroes of Warcraft

Conditions: Beat all solo adventures on all difficulties, get rank 5 or lower on ranked play

I have an internet connection at work and I need a simple game that doesn't require much concentration to play when I'm waiting for the customers. This seems perfect.


What do I expect?
I expect very simplicied version of Magic the Gathering. Something very easy to grasp but with enough depth that you can make interesting combos and decks. As a (former) Magic player, I'm not sure if I'm gonna like it but I'll certanly give it a try.
I might even try to enter some noob friendly tournament. Just hope the game is fun as free to play, would really suck if it's pay to win.
Posted by Venser at 12:15 AM No comments:

Labels: Heartstone, next to play

Next to play: Game of Thrones: A Telltale Games Series 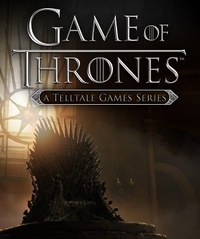 Conditions: Finish all episodes of the season

I need to fill a Game of Thrones gap after this TV season ended so I'm picking up the Telltale series. This is going to be my First Telltale game ever.

What do I expect?
I'm a little worried since I've played Life Is Strange before any Telltale game and I've heard LiS is much better in terms of choices that actually matter. So I don't think I'll be very impressed with Telltale formula. But I like story driven games, adventure games and Game of Thrones so I should like this series. The original HBO actors gave the voice to familiar characters so that's really cool.
Posted by Venser at 12:01 AM No comments:

Labels: Game of Thrones Telltale, next to play

I said in this post that I'll stop spending money on new games until I finish the one I already own but when I saw the games and discounts on the summer sale, the consumer spirit has taken over. Hey, at least I'm supporting the PC gaming industry, right?
I prefer GOG over steam so I bought most of the games on there.

This one I used to own and I got about halfway through it when I  had to move to a new place and leave my PC behind Even tho I never finished the game, it's still one of my favorite games ever. It scared the shit out of me as a kid. I can still hear those psychic monkeys...

To The Moon is an award winning story driven adventure game made in RPG Maker. One of the most moving video games ever.

A Bird Story is an indie adventure short, about a simple narrative taking place between the mix of a boy’s memories, dream, and imagination. The main character will be the next patient in To The Moon sequel.

This is an episodic point and click horror adventure inspired by the works of  Edgar Allan Poe and H.P. Lovecraft. It is intentionally pixalated so you can see what's on screen but you have to imagine the details and fill in the blanks so it's similar to imagining the scene while reading the books.

I Have No Mouth and I Must Scream (GOG)

This is a horror adventure based on the short story by Harlan Elison. I've heard that the author was actually working with the team on the game and he initially wanted to make it unwinable.

Never played any of the Witcher games before but I'm reading the books so I'm looking forward to play it.

There are two worlds. Stark is a world of order, science and industry.  Arcadia is a place of magic and chaos. April Ryan is a "shifter" able to travel between these worlds and she is tasked with restoring the balance. I've seen some gameplay from Dreamfall, a sequel to this game. It reminded me of Fahrenheit and I loved it. But first I have to play the original. 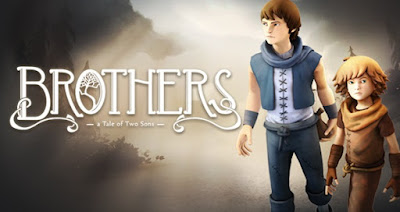 Got this game on Steam for only €1.49, 90% off. Totalbuiscuit said it is his favorite game ever, dethroning the original Deus Ex (which is my favorite game ever). So naturally I'm very interested. The game has innovative mechanics where you control 2 characters at a same time and their interaction is key to your progress. What makes Brothers great is the way it tells the story, using interactivity as much as possible. The game is fairly short, about 2 hours but it should be a worthwhile experience. This game is recommended to be played with a controller so I bought one just for it. It was a mistake but more on that later.

Shadow people creep me out more than anything and when I saw there's a horror game centered around them, I knew I had to play it. And it was a perfect time to get it since it was just 19 cents, 96% off!

Higurashi is a Japanese murder mystery visual novel. I'm not really into visual novel games but this one is supposed to be really good. So good that they made an anime series based on it and it became really popular.

I had a physical copy of the Augmented Edition but I've given it to a friend. Now I scored Human Revolution Director's Cut for just $1 on some charity site.


And now something physical: Local shop had a discount on everything so I picked up all Starcraft games: Starcraft + Brood War, Starcraft 2 Wings of Liberty + Heart of the Swarm. I already had Brood War but I lost the key so I just god a new one. My laptop doesn't have a DVD drive so I had to get an external one. I have a full shelf of PC games just waiting to be played so this is gonna be very useful. I bought the cheapest gamepad with thumbsticks I could find just because I got Brothers: A Tale of Two Sons on Steam sale and the best way to play it is with a controller. I tested it a bit and it's terrible. The shape is nice but the buttons are unresponsive and there's a noticeable delay. I planned to use it temporarily until I get a proper Xbox One controller but I don't think I'll use it all.