Next to play: Heart of Darkness 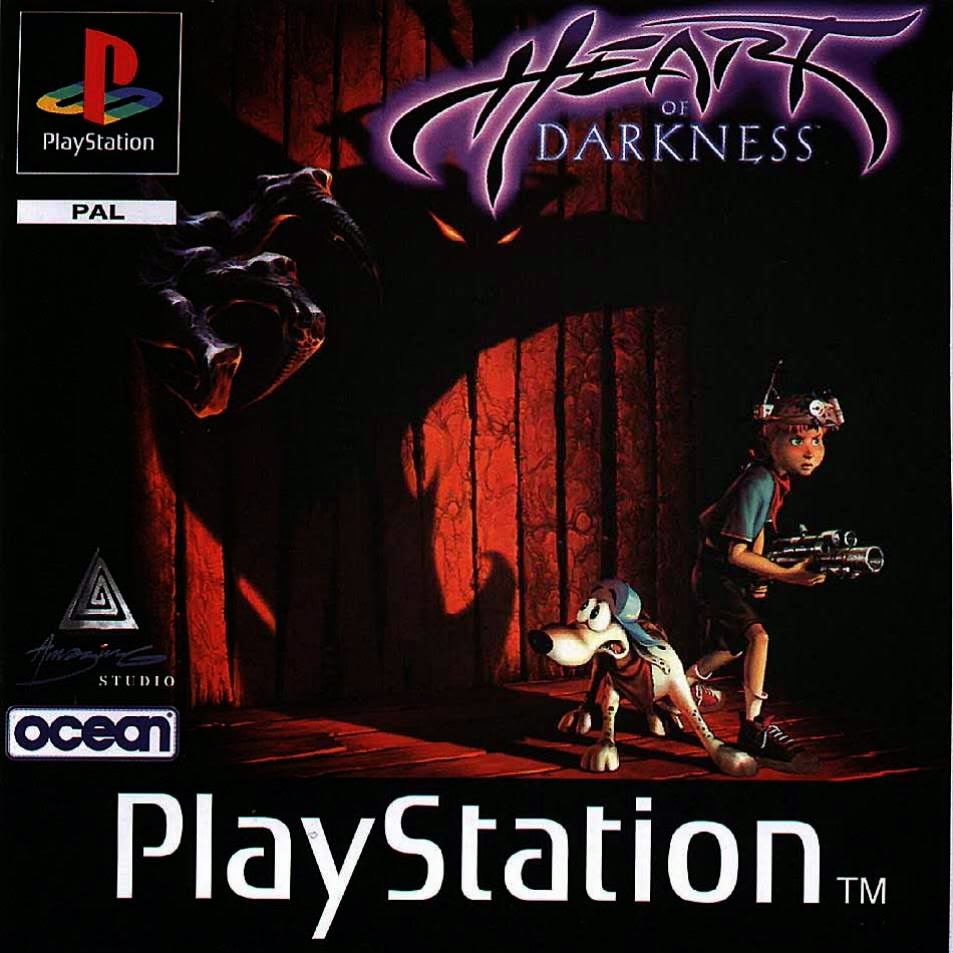 Conditions: Finish the game on a medium difficulty

What do I expect?
I already know what to expect since I played the game for some 40 minutes after I bought it. And even before that I knew I should expect gruesome death animations and high difficulty. What I didn't expect is to lose my gun (shown on the cover) after the opening 5 minutes of the game. I thought I was done for when my only weapon was eaten by a giant monster after barely surviving an attack by a mob of shadowy creatures. Fortunately there wasn't any combat after that point and I had to evade the enemies through platforming. What really puzzles me is decision by the developer to make the first 2 minutes of the game way more difficult than anything that comes after. I could  almost see angry kids throwing controllers in rage and never progressing beyond that point. The only logical explanation I can think of is they wanted to have a shooting section in the beginning to draw the players in. I don't think it worked out well but let's start from the beginning.

Heart of Darkness is a cinematic platformer by Amazing Studios, supervised by Éric Chahi who is known for Another World. And just like Another World, Heart of Darkness has exceptionally good character animations and beautiful backgrounds. The game has that Oddworld visual style that doesn't age and looks just as good today as it did when it came out. It also reminds me a lot of Mighty Max cartoon. The game doesn't just look cinematic, it also sounds like it. It features a score by film and television composer Bruce Broughton. I'm really looking forward to hearing more of his music in this game since he did the theme for the movie Homeward Bound, which was one of my favorite childhood themes and I still love it. The high difficulty is balanced by unlimited tries. Sometimes it's worth to die just to experience the crazy death animations and the game won't punish you for it. It will just set you a single screen behind. For some reason Heart of Darkness didn't get the greatest critical reception when it came out (it received fairly good scores around 70%) nor it was very successful commercially. Time to delve into this cult classic to find out why.

Posted by Venser at 2:42 AM No comments:

Labels: Heart of Darkness, next to play

Update / removing one game at a time rule

Haven't updated this blog in a while. Still haven't bean able to beat MKII with a single character. Honestly it felt impossible at times and I was thinking about lowering the difficulty to very easy. But once I played on easy, I was breezing through the enemies without any problem whatsoever and it didn't feel fulfilling at all, it felt like cheating. so I decided to stick with normal mode and in the meantime I learned some juggling combos with my current character Liu Kang and the game suddenly doesn't feel unbeatable.

Removing rule 2 - one game at a time

When I started this blog I set some basic rules for beating the games. The second rule was one game at a time- I have to finish the game before moving on to the next one. I set this rule because it would allow me to completely focus on one game since besides playing it I also like to research it's development, put it into perspective and see what made the game special at a time it came out etc. Now I decided to remove this rule because of various reasons. In 2014 I have only finished a single game - Mortal Kombat. It took me 7 months to beat it and then I got stuck on it's even more difficult sequel. I get tired of playing MK after 2 games in a row so now I could play something else in the meantime. I also want to play new games along with the old ones and there are times when I feel like playing a specific game or a genre. I'd like to play horror games during the Halloween for example. So removing this restricting rule allows me to do all of these things.
Posted by Venser at 5:45 PM No comments: