Visited GAME ON exhibition in Prague

GAME ON is the biggest exhibition about video game history, ranging from early arcades to modern systems and virtual reality. There are over 150 playable games on various systems. I had a chance to play arcade classics such as Pong, Asteroids, Pac-Man, Donkey Kong, Galaga and many others. Virtua Fighter 2 was my favorite arcade when I was a kid. It wasn't there but I was happy to find the original Virtua Fighter which I haven't played before. The movement felt a bit floaty but it was still fun and of all games there I spent most time on it. 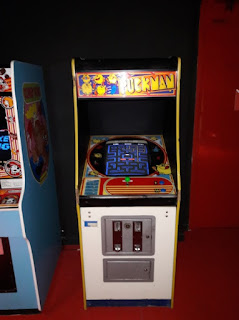 When I saw the "Puck Man" arcade cabinet I thought it must be some cheap copy of Pac-Man. Turns out this is the original Japanese game created by Toru Iwatani. It was only later renamed to Pac-Man for the American release because of fear of vandalism. They were worried kids might change "P" into an "F", turning it into "Fuck Man". Of course Puck Man aged very well and controlling him with a stick is tight and precise. They also had Ms. Pac-Man cabinet. They play pretty much the same.

Besides games there were some interesting things like Tomb Raider concept art and their BAFTA award in a display case. Or the faithfully recreated board in Rockstar offices from the time when they were working on GTA3 covered in sticky notes and concept art.


For the first time I had a chance to play on consoles like Atari 2600, Dreamcast or the first Xbox. The highlight of the exhibition was playing Steel Battalion with it's famous controller. It's a mech simulation for the original Xbox that came bundled with a huge controller specifically made for the game. It has 2 sticks, around 40 buttons and switches and 3 pedals. All the buttons light up when you get hit in the game. It was a great immersive experience. 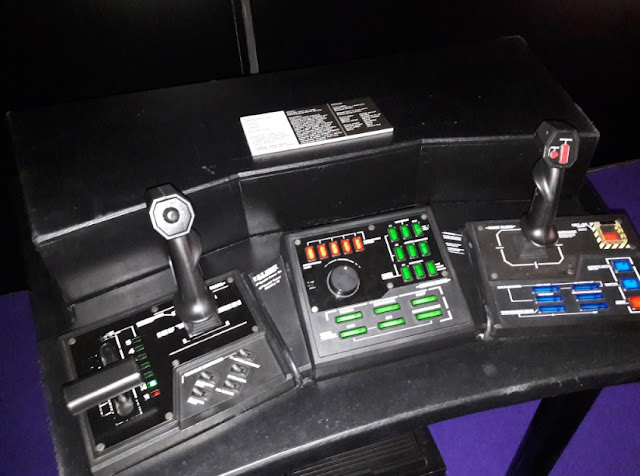 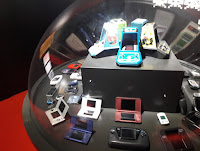 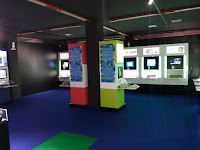