[FINISHED] Life Is Strange: Before the Storm Episode 3: Hell Is Empty 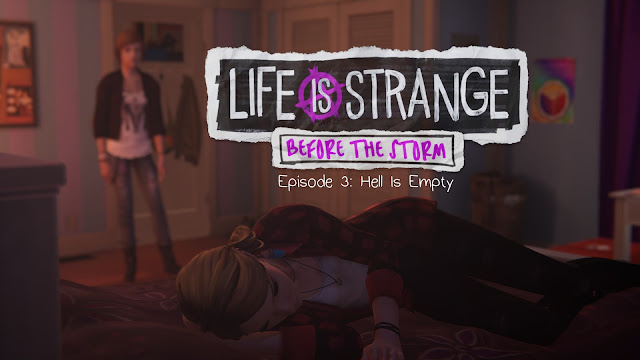 The revelation at the end of the last episode shook Rachel's world and completely shifted the direction of the story. The plan to leave Arcadia Bay is temporarily shelved until they find Rachel's biological mother. The search crosses their path with a criminal Damon Merrick who doesn't like people asking questions about his clients and things get far more complicated when he finds out Rachel is a daughter of a district attorney...

Episode 3 wants you to answer one question: What is better- a convenient lie or the ugly truth? It is an omnipresent theme intertwined within the main story, random conversations and even the puzzles of the game. For the first time in a Life is Strange game I had to really think before making a decision because the choices presented didn't feel so black and white anymore. Even the dialogue felt more mature and less cringey than usual. Unfortunately, just like the finale of the season 1, the conclusion of Before the Storm appears to be rushed and unfinished. Near the end of the game Chloe misses some important story moments, and therefore we as players don't get to experience them. We only get told what happened. I can't imagine it was a narrative design choice, it felt like a compromise to solve a budget issue or to meet the release date.

The episode starts with surreal imagery as the girls are literally looking into the past through a telescope. It somewhat reminded me of the nightmare sequence from the season one finale. Dreams play an important role in Before the Storm and this episode goes further as Chloe is having imaginary conversations with her dead father. All the dreamy imagery threw me off a little bit and at one point when Chloe was having an important real conversation near the end, I was questioning whether it was really happening or was it just another dream. In truth it was just sloppy storytelling. But how is the gameplay? 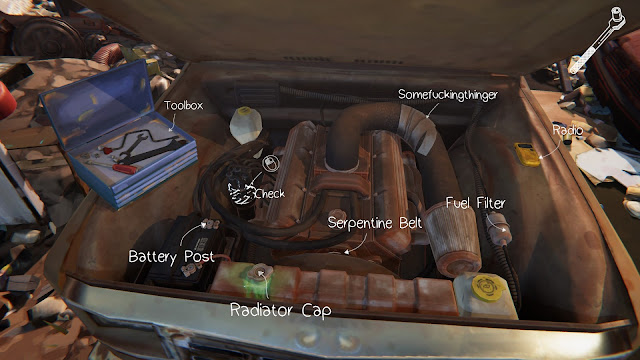 Come on! Despite of it being an annoying tedious busywork I gave it a pass last time because at least they let us personalize it in some way. No more! Here it started as a cut scene and it should've ended as a cut scene but instead they turned it into a pointless and insultingly simple puzzle. Warren Spector once said a video game should be interactive whenever possible but I'm pretty sure he didn't mean this.

In the past episodes Deck Nine gave us some cool memorable moments by combining gameplay with dialogue. The tabletop mini game in the episode 1 and the school play in the episode 2 were some of my favorite moments of the game. I was looking forward to what they can come up with for the finale, only to find there's no new creative interaction like that. We only got an option to finish the tabletop session, which was still nice.

I also expected more scenes of Chloe and Rachel together and their relationship explored further so I thought it was an odd choice to have them separated during the entire second half of the game. The antagonist Damon Merrick felt like a real threat despite of me ultimately knowing how the things are gonna turn out. Chloe's stepfather David got one moving scene that gave him much needed humanity and I liked how they found a way to include her real dad into the story as well. Flawed fathers was an underlying theme of the story after all. On the other hand I didn't like the stalker Elliot subplot. Seems like they wanted a character that acts as a dark mirror to Warren from season one but his inclusion felt forced and made the story formulaic.

The way they handled final conflict was very odd. The fact that the main character wasn't the one who saved the day was somewhat refreshing but at the same time it ended up feeling quite uneventful because she passed out and missed what happened. The final decision wasn't easy to make during my playthrough but looking back at it now, it seems pretty obvious which choice was the right one. I liked the uplifting montage at the end and I wish they would leave it at that. Ending on a positive note and letting us remember what's coming would make for a perfect bittersweet ending. Unfortunately they ruined it with a post-credit scene that pushes it right in our face. 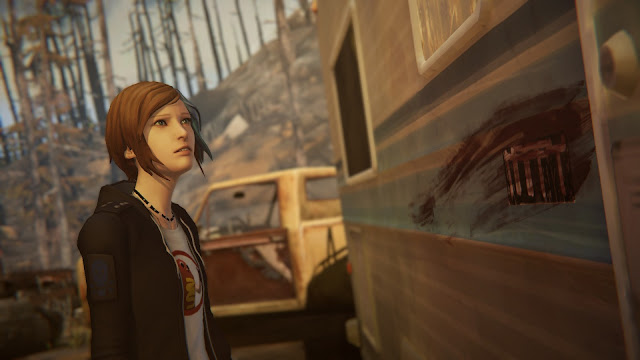 Labels: Finished, Life is Strange: Before the Storm