I have been pretty busy with work this year so I haven't been updating the site or playing almost any of the games I set out to finish.  The little free time I had for gaming I spent mostly on Quake Live and Starcraft 2 multiplayer instead. Now I decided to get back on track and although the year is slowly coming to an end I'd still like to beat more games than in the previous year. So let's have a little recap...

After failing to beat Mortal Kombat II for 8 months, I decided to ditch my "play only one game at a time" rule and started playing other games along with it. The first one I beat was Heart of Darkness on PlayStation. It's a beautiful but at times frustratingly hard 2D platformer. For a game that tried so hard to feel cinematic, it had a surprisingly bad story. Still the character animation was so good it puts most of today's games to shame. Then I proceeded to beat System Shock 2 which I actually plan to replay using different character skills and maybe some mods. Playing it in co-op would be sweet too. Life Is Strange was the biggest surprise of the year and it ended up being one of my favorite games of all time, despite all of it's flaws. I liked it so much I bought the limited edition that includes an art book and a soundtrack. The last game I beat in 2015 is another episodic game- Telltale's Game of Thrones. This one was a bit of a letdown. It started really strong and the ending of episode 1 got me hooked but unfortunately the game got worse with each episode and the ending that sets up a new season was pretty anticlimactic. So in the end I've beaten only 4 games in 2015, which is still more than just one (Mortal Kombat) in 2014. 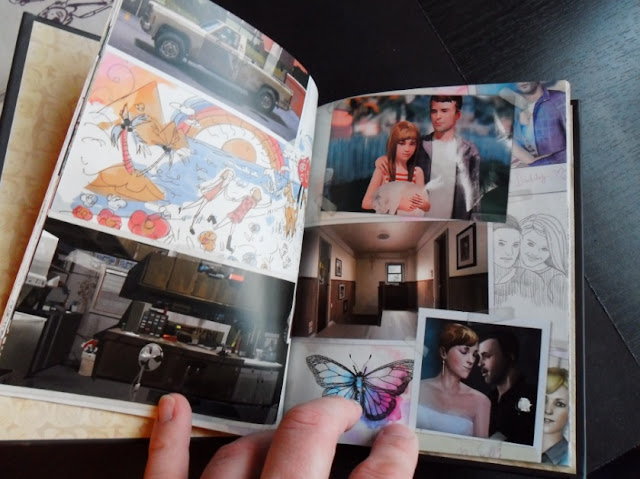 Let's take a look at the games I'm currently playing and how far into them I am.

Date started: November 1, 2014
Konditions:  Finish the game with every character on normal difficulty with 4 credits available

I haven't made any progress in Mortal Kombat since I started playing this game almost 2 years ago. I've chosen Liu Kang as my first fighter, I've learned all of his moves and combos and I can easily progress through the early stages with flawless victory until I hit a brick wall. The difficulty scales up fast and the cheating AI reads your keystrokes and responds to your moves with perfect counter or block. I'm considering dropping the game difficulty to easy, which is still hard btw (there is also "very easy" option available).

Date started: July 8, 2015
Conditions: Beat all solo adventures on all difficulties, get rank 5 or lower on ranked play

I am unlocking everything with earned gold instead of spending money, This means a lot of grinding and daily quests so it takes a while to unlock all the adventures. I've already beaten  Naxxramas, Blackrock Mountain and now I'm collecting gold to unlock the second adventure of League of Explorers- Uldaman. The best rank I've achieved this far was 11 on ranked play but I was missing a lot of cards that were used competitively. The game should get a lot easier when I unlock new cards and build a decent deck.

I've already finished the Terran and Zerg campaigns so the only one left is Protoss. After beating StarCraft I'll move to it's expansion - Brood War.

I've only played Penumbra for 2 days but I felt like I was fairly far into it before I got stuck on a generator puzzle and haven't played it since. I don't think the puzzle will be hard to solve, I just need to pick it up again. I was quite enjoying the story and the atmosphere.

Besides Mortal Kombat, all the games should be easy to beat except for HearthStone which will bee more time consuming since I'll have to grind to unlock game content.
Posted by Venser at 5:56 PM