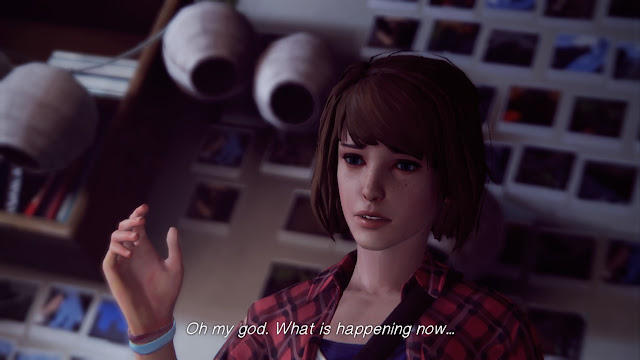 Life Is Strange is a second game developed by Dontnod Entertainment, the studio that made Remember Me, a game that was criticized for it's combat and linearity but praised for it's visual design and memory remix. Memory remix is a mechanic that allows you to enter and rearrange people's memories in order to manipulate them. Even tho it was the most interesting aspect of the game, it was heavily underused and you didn't get to play with it more than just a couple of times during the entire game. Enter Life Is Strange, a game build from the ground up around a mechanic inspired by memory remix- time travel. Who would've thought that time travel and choice based gameplay go hand in hand so well. After you make a decision, you can observe short term consequences then rewind and see what would happen if you chose something different before finally settling down with a final answer. However you can only foresee short term consequences and the right answer isn't always clear. Your decision might have a long term impact you will only see in later episodes so you still have to choose carefully.

You play as Max Caulfield, an 18 year old photography student who just returned to her home town after being absent for 5 years. She plans to reunite with her best friend Chloe with whom she lost all contact. One day during a class she experiences a vision of a tornado destroying her town. Then she witnesses a a girl getting shot in a school bathroom which somehow awakens her ability to turn back time and she prevents the murder. All over the school there are missing posters of Rachel Amber, a girl who recently disappeared. The way people talk about her, she seems almost too perfect. Could the disappearance be related to the event in the bathroom earlier? Soon Max gets reunited with Chloe and at first things are a bit awkward but it doesn't take long until the dust of the old friendship falls of and they decide to solve the mystery togehter. The game deals with some topics that aren't usually explored in videogames such as bullying, suicide, teen pregnancy and drugs. But what makes the game so good is a constantly present sense of mystery that makes you wonder what's going on and you will think about the game between playing the episodes. Life Is Strange is heavily influenced by TV shows (Twin Peaks, X-Files), movies (Donnie Darko, The Girl With The Dragon Tattoo) and even web series (Riley Rewind) but still somehow retains it's own unique identity. That is mostly due to relationship between Max and Chloe that is at the heart of the game. Their friendship is portrayed in believable manner and I don't recall any other game that did a better job in doing so. Even a lot of side characters really grew on me during the season even tho I disliked most of them during the first episode. There were many heartbreaking moments in the game that made my eyes watery even tho I don't usually get very emotionally affected while playing games or watching movies.

The game has a distinctive art style that's somewhere between cartoony and realistic. All the textures in the game are hand painted and there's a huge attention to detail. It's the lightning that adds a final touch and makes the game pretty. The animation looks natural and the voice acting is pretty good. Ashly Burch, who plays Chloe, delivered a great performance and stole the show but some of the side characters are voiced by the same actors and it's noticeable. It's a shame they didn't hire some more actors for supporting characters. The soundtrack is one of the strongest points of the game and adds a lot to the atmosphere. It is mostly composed from licensed music along with original tunes by Johnatan Morali, the frontman of the band Syd Matters which is also featured. 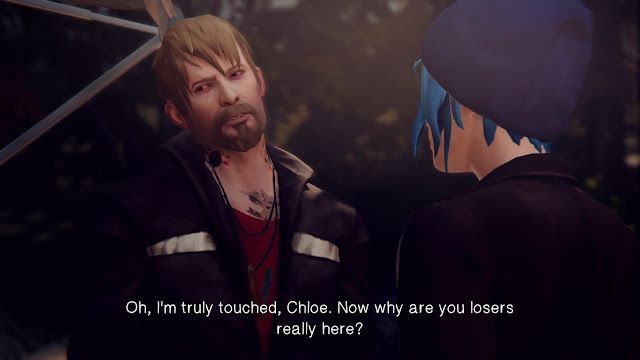 The game is very cinematic but it isn't mostly made of running cut scenes like Telltale games. Most of the time you have a control over the character as you wonder around, explore areas and interact with people and objects in third person. Looking at things and reading notes is strongly encouraged and paying attention to some seemingly insignificant information might turn out very helpful later down the road. A lot of the puzzles in the game are built around the time rewind mechanic. The puzzles in the first two episodes aren't that good but they get a lot better in episode 3 onward. There's one excellent puzzle in episode 4 that made me feel like I'm doing real detective work. Solving it felt super satisfying.  There were also a couple of simple stealth sections thrown in but they are very easy since you have the power to rewind time. The rewind mechanic itself has a cool looking effect and it's use is not limited. Still you can't rewind past the last automatic save point in the area you're currently in. 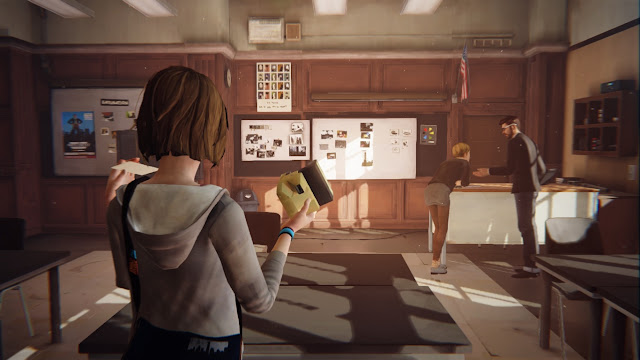 Life Is Strange is really enjoyable game with a great atmosphere, likable characters, awesome soundtrack and choices that have consequences. This is episodic game done right. Only the finale was a little disappointing but it didn't ruin the experience for me so I'm giving it 9/10.


You can read separate SPOILER reviews for each episode:

Note that prior to launching episode 5, Dontnod released a huge patch that improved lip sync of previous episodes and added a few features which make replaying individual chapters a lot easier.